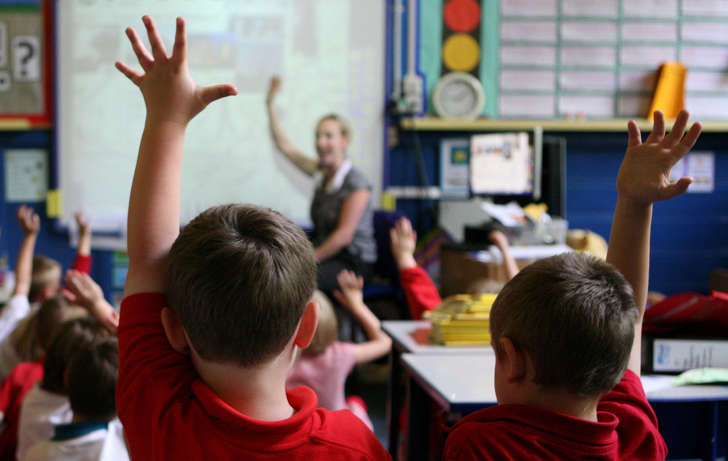 England faces a looming crisis over primary school numbers as official figures point to a shortfall of 10,000 places across the country within four years.

As millions of parents prepare to receive letters on Monday telling them whether or not their children will be admitted to their first-choice primary school, the government’s own data shows councils across the south-east, the Midlands and the north of England will have more pupils than places by 2019-20.

Last year up to one in five youngsters in some parts of the country missed out on their parents’ top choice of school, although efforts by local authorities to provide more places averted a serious overall shortage, as funds were diverted from repair programmes to create extra classroom space.

Now, however, as official projections show demand rising over the next four years, local authorities are warning that funding pressures, coupled with policies that will prevent them building new schools or forcing existing ones to expand, will take the crisis to new levels.

With concerns mounting among Tory MPs over the direction of education policy, the Conservative-led Local Government Association is expected to directly challenge ministers to explain how local authorities can be expected to meet the increased demand when government plans to force all schools to become academies will strip them of any power to build new schools or force existing ones to expand.

Lucinda Yeadon, executive board member for children and families at Leeds city council, said that while there would be places for all children this year, following huge efforts to provide more classrooms by converting non-classroom areas, the plan to make all schools into academies would put the council in an impossible position.

“It is totally illogical. We will have to provide yet more places because we are under a legal obligation to do so, but at the same time we will be stripped of the power to do so. We will have both hands tied behind our back,” she said.

Department for Education officials said that while the estimate of a 10,000 shortfall was accurate, the deficit by 2019-20 would be made up by a rapid expansion in the number of free schools, which can be set up by parents and others. Critics of the free school programme insist, however, that many of the 400-plus already set up are not in areas of the greatest need.

Labour claimed that the Tories were trying to cover up the extent of the crisis in school places and suggested the real shortfall by 2019-20 could be as high as 85,000 and would affect almost half of all councils.

Labour’s shadow education secretary Lucy Powell said: “We have been warning for some time about the ticking timebomb for school places. The government has had no plan for creating the new places that are needed and instead is simply leaving it to the market. With such a growing demand, urgent action is required. Local councils need to be given both the powers and resources to ensure there are sufficient places.”

Schools minister Nick Gibb rejected Labour’s claims. He said: “After the last Labour government cut 200,000 primary school places, we’ve been clearing up the mess they left behind. We’ve created 600,000 new places since 2010 – with 100,000 more in the last year alone.

“Despite rising pupil numbers, 95.9% of parents in England received an offer at one of their top three preferred primary schools. This government has already committed to invest £7bn on school places, which, along with our investment in 500 new free schools, we expect to deliver 600,000 new places by 2021.”

Many Tory MPs joined Labour last week in expressing serious concerns about the government’s plan to force all schools to become academies. Several wanted to know why the many primary schools that were already judged good or outstanding by Ofsted were being forced to undertake costly structural change when they already performed so well.

DfE officials were unable to say whether legislation on the plan to turn all schools into academies would be included in the Queen’s speech next month but insisted the government was still fully committed to it.

In an interview with the Guardian on Saturday, Sir Daniel Moynihan, chief executive of the Harris Federation, which manages 37 academies in London, said teacher shortages represent a bigger problem than turning every school in England into an academy.

In another blow to the government’s plans, Moynihan said rising house prices were making it almost impossible to keep talented teachers – and argued that education secretary Nicky Morgan’s determination to press ahead with full-scale academisation was a distraction.

Bhupendra is a designer and author who has a love for creativity and enjoys experimenting with various techniques in both print and web. Do visiting Oyethanks.com for exciting infotainment.